„Our dreams are our job, which we must do very well.“
/from the play/

Nothing doesn‘t end either good or bad. The essence of the best Buddhist stories is to give the chance to change the story from any point of its own. The decisions and behaviors of the characters of the story are considered accidental but not a fate. There is no beginning and no end. Life is the work of illusions that never ends.

The Russian playwright Ivan Vyrypajev tells his stories this way, and the director Agnius Jankevičius accepts it recalling: "Chill! Cheer up!"

„Characters of Vyrypajev's play are searching for the moment where they could start everything from the very beginning. They do return to the first meeting, to the birth - just to create one more chance for themselves",- says the director. Household situations, the tricks of friends, kind of crime are the superficial acts that accompany the main character's conversation with the deceased wife.

According to the author Ivan Vyrypajev the play "DreamWorks" is just a love story. Director Agnius Jankevičius thinks that the author wants us to get used to the idea that it doesn't matter what has already happened. What matters is how you would like to proceed with your story and from which moment of it. There is no fatal mistakes, no anybodies' fault or fate. Here, misfortunes, rage or stupidity become a chance to look at it all from a different perspective.

According to the director, Ivan Vyrypaev's texts have a picturesque paradox. "His style of language is terribly mathematical. As a message at the symposium, as a mathematical law declaration. The hardest task for actors in working on his texts is not to report, act, or tell. " Agnius Jankevičius wants to create a situation in which there would be less theatricality and more the narrator's and listener's intimacy - in which one should listen to the stories.

Four actors - Aleksandras Kleinas, Lena Orlova, Goda Piktytė and Marcelė Zikaraitė - tell a story that resembles a recurring dream. It will never end until everyone creates their own story sequel. 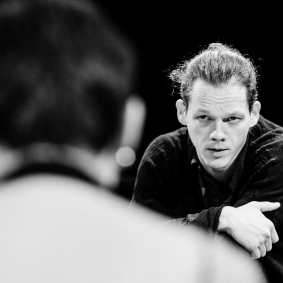 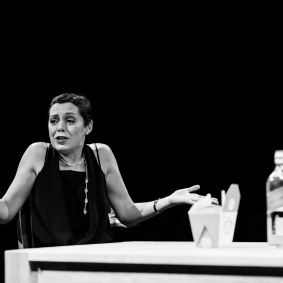 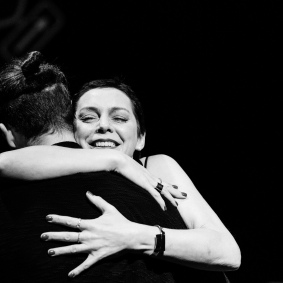 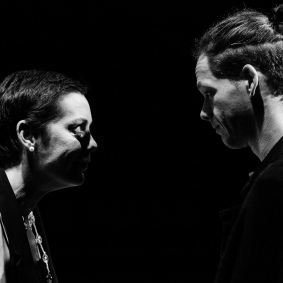 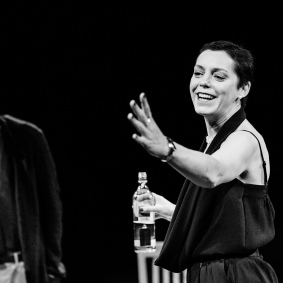 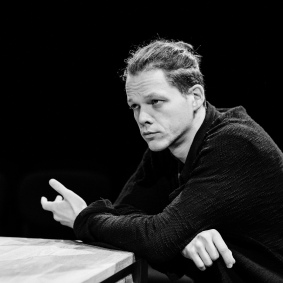 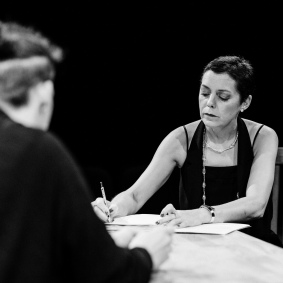 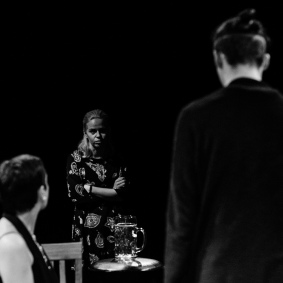 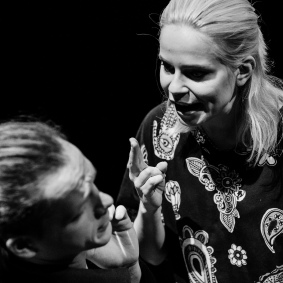 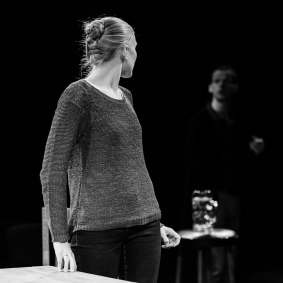 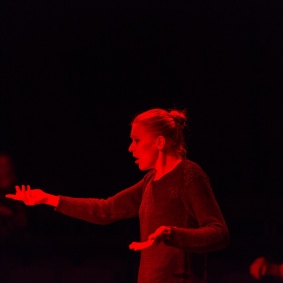 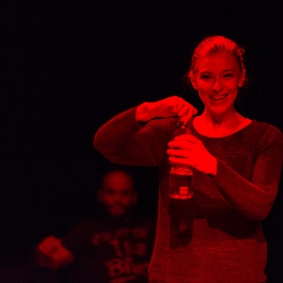