Warm, intimate storytelling about the loss of the closest person, yet sarcastic critics of contemporary Western pseudo-spirituality. From contemporary Russian dramatist and Lithuanian director – both with budistic perseption and non-conformist approach to theatre. 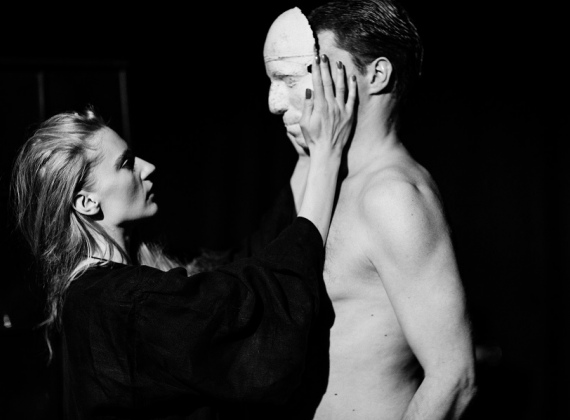 The inscenisation of the legendary Marguerite Duras script "Hiroshima, mon amour". It's a sensitive story about two persons in love and the only one blink of their life, when all other days wannish. It's a story about impossible love, about love in a presence of war.

The performance presented in non-traditional spaces - libraries and bookstores tells about 32-year-old character who‘s suffering from a tragic accident in his teenage years. For half a decade, desperately seeking redemption, he tries to cope with pain and alienation. 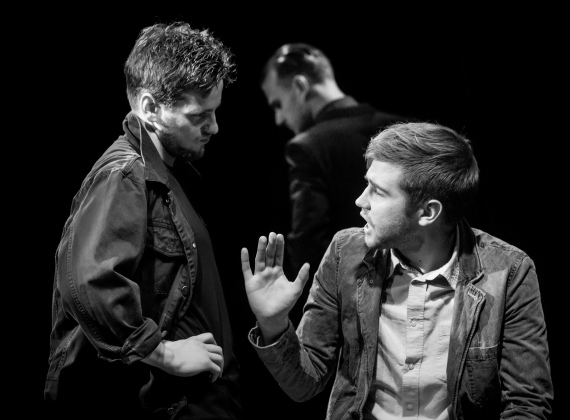 Neo-gothic thriller tells a story about  Katurian, a writer of short stories that often depict violence against children. He has been arrested by two detectives, Ariel and Tupolski, because some of his stories resemble recent child murders.

Combining realistic, macabric and puppet theatre, one of the most prominent Lithuanian theatre directors Gintaras Varnas asks us, is an artist responsible for murders, if they are committed according to his works?

“We observed that in Lithuania and in Europe frequent show has more than one final. That’s why we decided to create show only from finals. “